About The Kingston Trio

All three current members, Mike Marvin, Tim Gorelangton and Don Marovich, have intrinsic links to and experience with the original group: Mike is the adopted son of founding member Nick Reynolds, who was also his musical mentor; Tim, a close friend since boyhood, is one of the few musicians outside the Trio who has recorded with Nick Reynolds; and Don Marovich, who has performed with the Trio and who plays the guitar, banjo and mandolin. Many of their personal memories recall the iconic trio’s performances and journey as folk music made its extraordinary ascent to the pinnacle of popular culture – and the top of the music charts. 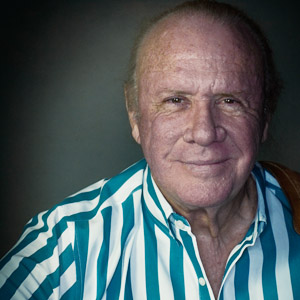 Taken in as part of the Reynolds family as a teenager, Mike learned his music ropes at the foot of Nick Reynolds, his late “adopted father.” With Nick’s approval, Mike was present at Trio rehearsals during the years when the Trio was the biggest act in the world. Under Nick’s tutelage, Mike learned backstage support, how Nick and the Trio picked songs, how the Trio managed their tours and many other critical insights. Mike was a member of the Trio’s inner circle and with the opportunity to expand his musical horizons, learned from the Trio’s manager Frank Werber everything from booking an act to conducting an orderly rehearsal to running a complicated business in an orderly fashion.

After years of touring as a folksinger with band mate Tim Gorelangton, Mike branched into movies. Mike pioneered the editing of ski films, including the seminal 1972 90 minute ski movie “Earth Rider” featuring the legendary ski-parachute jump off Yosemite’s El Capitan. This was the birth of extreme skiing in America. It was also the first time music was edited and inserted, note for note, as a driving force in cinematic imagery as Mike implemented the music of John Stewart, Leo Kottke, and The Kingston Trio in Earth Rider and three subsequent feature films. Mike is also an author, artist and architectural designer. Today Mike shares his time between Los Angeles and the southern Oregon coast as he, besides singing and performing with the Kingston Trio, fulfills his official role as the Chief Executive Officer of the Trio.

In the Kingston Trio, Mike plays a Martin D-28 guitar and Deering Plectrum Banjo. His voice is best described as “Patron Tequila Baritone.” He has been playing and performing for over 50 years. Mike is native of Lake Tahoe and Tahoe City and fourth generation Californian. 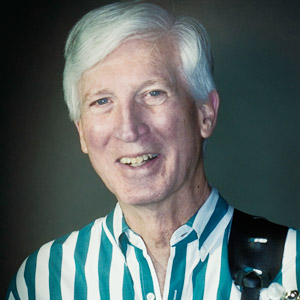 Like Bob Shane and Dave Guard, Tim was born in Hawaii. Dad was an Air Force pilot and the family lived all over the United States. Ask Tim and he’ll tell you, “This whole country is my home town!

Tim started playing woodwinds in high school and ended up serving in US Army Headquarters bands in San Francisco and Stuttgart, Germany. Music was in his family heritage. His father was from Honolulu and was a terrific ukulele player. Mom was a California girl who was prone to bursting into song around the house.

Tim has played in folk and bluegrass groups in Northern California and Nevada for years. A seasoned singer/songwriter, he wrote “Colorado Sun,” which climbed to number 11 in the regional western US.

His heroes include, Pete Seeger, John Stewart and Tom Paxton. Tim is one of the very few musicians outside the Kingston Trio that Nick Reynolds ever recorded with.

Tim’s main goal is to ensure that the group’s music remains true to its original intentions. He’s the Trio’s Chief Musical Director, arranger, and cat wrangler.

Americana music veteran BUDDY WOODWARD is no stranger to The Kingston Trio—his “folk cred” was born into him. Buddy’s parents met in 1959 when the senior Mr. Woodward auditioned for his mother’s folk group, The Mark III Trio. The rest was history…..“Dad stopped ‘Worried Man’ in the middle of the song at one of their gigs to propose to her onstage…much to the annoyance of her boyfriend, the banjo player!”

At the age of 5, Buddy’s mother taught him the baritone ukulele, after which he commandeered his parents’ Kingston Trio records and an AM radio, and “…got to work.” Not only a lifelong fan, but also a longtime friend of the Kingston Trio, Buddy was invited in 2002 to perform at their World Folk Music Association’s 45th Anniversary Tribute at the esteemed Birchmere in Alexandria, VA, along with John Stewart, the Limeliters, and the Brothers Four.

An award-winning songwriter, singer, and multi-instrumentalist, with Top 10 hits on Bluegrass and Americana radio, Buddy is also a producer, music director, side man, and studio musician, with over 40 years of experience as a touring and recording professional.

In 2003 Buddy co-founded and led THE DIXIE BEE-LINERS to both national and international acclaim. With top ten hits in both domestic and international radio, the Bee-Liners’ unique sound combined bluegrass and old-time mountain music with folk-rock, blues and Power Pop. They released two hit albums (RIPE and Susanville) on Pinecastle Records, and played hundreds of gigs for thousands of fans worldwide in such places as the famed Merlefest in North Carolina and Fairport Convention’s Cropredy music festival in Oxfordshire, England.

As a proud member of Actor’s Equity, Buddy has appeared in both television and stage productions.

In retrospect, Buddy now sees that he has been preparing his entire life to take on this amazing challenge as a bona fide member of The Kingston Trio.

One hopes that Nick, Dave, Bob and John would have approved.